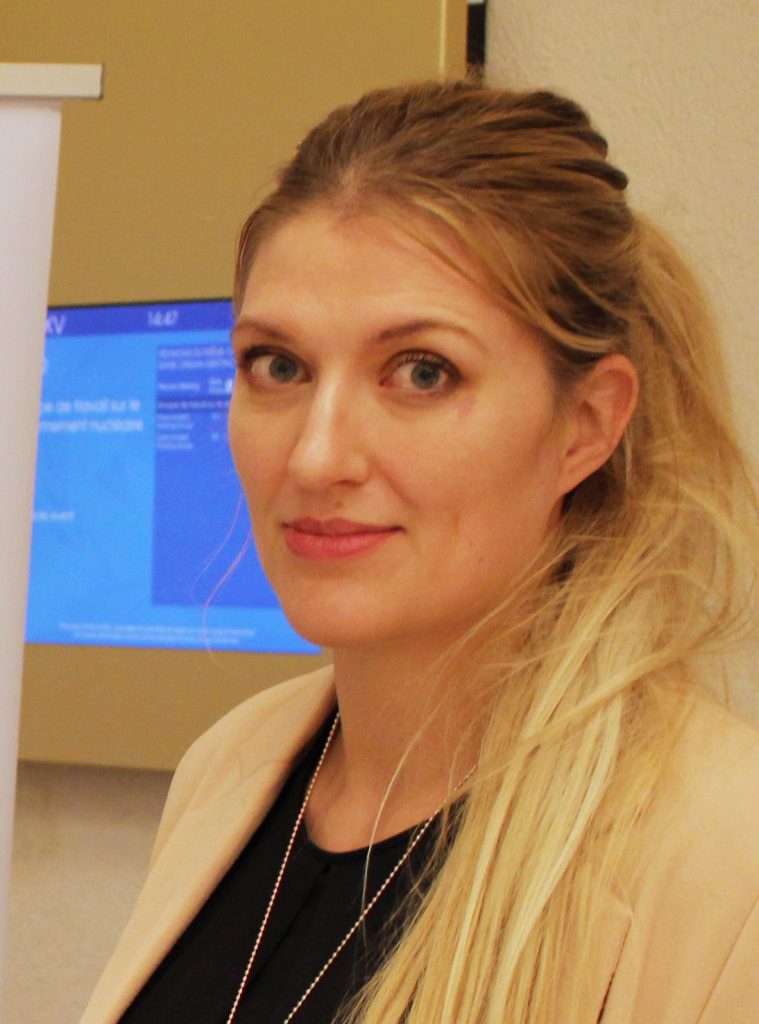 Beatrice Fihn (born November 1982) is a Swedish lawyer and, since 1 July 2014, executive director of the International Campaign to Abolish Nuclear Weapons (ICAN). Together with Hiroshima survivor, Setsuko Thurlow, she accepted the 2017 Nobel Peace Prize.[1] for ICAN.

Fihn was born on 1982 in Gothenburg, Sweden. She studied at the University of Stockholm, receiving a bachelor’s degree in international relations in 2008. In 2009, she participated in an internship at the Women’s International League for Peace and Freedom (WILPF), and was involved in the work of the Conference on Disarmament and the United Nations Human Rights Council. She then worked at a bank in Geneva and earned a one year Master of Laws degree in International Law at the University College London.[2]

Fihn returned to the WILPF in 2010, working with its ‘Reaching Critical Will’ disarmament programme,[3] until becoming the Executive Director of ICAN in 2014.[citation needed]