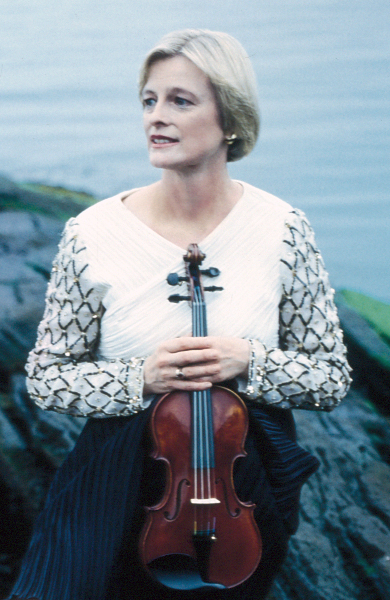 Helen Armstrong (March 16, 1943 – April 28, 2006) was the founder and artistic director of Armstrong Chamber Concerts Inc (ACC),[1] a non-profit, chamber music organization she founded in 1984. The creation and development of ACC was inspired by Avery Fisher and Skitch Henderson, who advised Ms. Armstrong that her new artistic mission should be to broaden public interest and knowledge of chamber music through performance and education. The heart of this mission has been to bring musical education to public and private schools through its unique Students’ Music Enrichment Program. More than 100,000 students have participated in this program in Litchfield and Fairfield counties, and in Harlem and the Bronx.

She developed ACC’s reputation by building a roster of more than 100 world-renowned-artists, many whom contributed to the education programs. Her dedication, artistry and love of music and musicians inspired all those who met her and performed with her, including Itzhak Perlman, Skitch Henderson, Martha Graham, Peter Duchin, Kathie Lee Gifford, Christopher Dodd, Ezra Laderman and June Dunbar, to name a few.

Armstrong was born in Rockford, Illinois, on March 16, 1943 to Dr. Robert Bruce and Hannah Armstrong. She first held a violin at the age of 3, with her mother as her teacher.[2] She arrived in New York City, during which time she studied under the renowned teachers Ivan Galamian and Dorothy DeLay. Soon she was at the Juilliard School, she was among the select few chosen by Ivan Galamian and Dorothy DeLay to learn the finer points of the art of the violin in pursuit of a solo career. Other famous violinists in the same group were Itzhak Perlman and Pinchas Zukerman.

She made her Lincoln Center debut in 1976 and went on to perform with orchestras such as the Boston Pops, the Indianapolis Symphony Orchestra, the New Polish Philharmonic and with the Martha Graham Dance Company.

Armstrong’s career as an international virtuoso violinist was interrupted by the long illness and eventual death of her first husband, Alan Cohen. Never one to search for fame or fortune, Armstrong turned her talents largely towards achieving the mission of ACC while occasionally performing on the international stage. During the past 22 years her focus had been concert performances in elegant private homes in Greenwich, in other venues in Washington, D.C. and New Milford, as well as at Carnegie Hall in New York City. In addition, she built a sterling reputation as a teacher by committing the talents of top artists to her educational mission.

Armstrong, who was a prizewinner in the Tibor Varga International Violin Competition in Switzerland and has received awards from the Society of American Musicians and Outstanding Artists of Illinois, is listed in Who’s Who in the East, Who’s Who in American Women, Outstanding Young Women of America and Who’s Who in Entertainment. She has recorded on the Musical Heritage, Elysium and CRS labels — Reflections, on the Elysium label and the newest CD, Illusions, on CRS, which was recently released. Her violin, a J.B. Guadagnini, dated 1760, was one of her great loves.

Late in her life, Armstrong’s career took an exciting turn in a new direction. Always a classical violinist, Bruce Swedien, arguably the most famous sound engineer in the world, convinced her to join him in producing a popular music recording. True to their vision, they produced early cuts of a remarkable new recording, before being interrupted by her death.

Armstrong was widowed by her first husband, Alan Cohen in 1978. They had two children together: daughter Debbie Howser and son David Cohen.[3] After a long relationship with her husband-to-be, Ajit Hutheesing, they were married in 1996.[4] Hutheesing, an investment banker, was the nephew of India’s first prime minister, Jawaharlal Nehru, and cousin of Indira Gandhi. He died on 8 December 2017.[5]